LANSING – The Michigan Women’s Hall of Fame inducted Zaman International founder and CEO Najah Bazzy on Thursday, Oct. 15. Bazzy, a Canton resident, along with five other inductees from this year’s class, join the 333 other Hall of Fame inductees whose contributions to Michigan’s history inspire the women and girls of today and tomorrow.

“It’s a tremendous honor to have my name placed along so many inspiring leaders who’ve paved the way for women to make this world a better, more equitable place,” Bazzy said. “There isn’t a challenge in the world we can’t overcome if we embrace our collective humanity. But that requires leadership that understands that collective solutions come from empathy, understanding, and compassion. That philosophy has guided me throughout my journey and my work whether it be as a mother, a nurse, or CEO.”

Born and raised in Southeast Michigan, Bazzy is an internationally recognized healer, humanitarian and interfaith leader who has specialized over the past three decades in critical care and transcultural nursing while founding Zaman International. The Metro-Detroit based non-profit empowers marginalized women and children to break the cycle of extreme poverty. In 2019, she was recognized as a Top Ten CNN Hero highlighting Zaman’s growth from a grassroots team of volunteers to a world-class organization with a global reach that has helped more than 2.1 million people in 20 countries since 2010.

“Najah is a mother, nurse, educator and leader who saw the human suffering caused by extreme poverty and just couldn’t walk by and ignore it,” said Colleen Ezzeddine, Ph.D. and Vice Chair of Zaman’s Board of Directors. “Through Zaman she started a movement and people became attracted to it. Najah has provided a way for us all to give back. Now we are working every day to help marginalized women and children get back on their feet and create better lives for themselves and their families.”

“Today’s strong women can learn so much by studying the paths of our those who came before us,” said Carolyn Cassin, president and CEO, Michigan Women Forward, which operates the Hall of Fame.  “These amazing honorees have conquered so many obstacles and accomplished so much throughout their lives.  We are proud to salute them and want to be sure their stories are told.”

For a complete list of inductees since its founding in 1983, visit www.miwf.org/herstory/hall-of-fame/.

About Zaman International – Hope for Humanity

Zaman International is a non-profit organization committed to advancing the lives of marginalized women and children by empowering them to break the cycle of poverty. Founded as a grassroots group of volunteers in 1996, Zaman has grown to a world-class non-profit organization that has helped nearly 2.1 million people around the world. Operating from its 40,500 square-foot facility in Inkster, Zaman offers assistance ranging from basic necessities to life skills, education and vocational training. Internationally, Zaman collaborates with partners to assist those in need of clean water and relief from natural disasters. 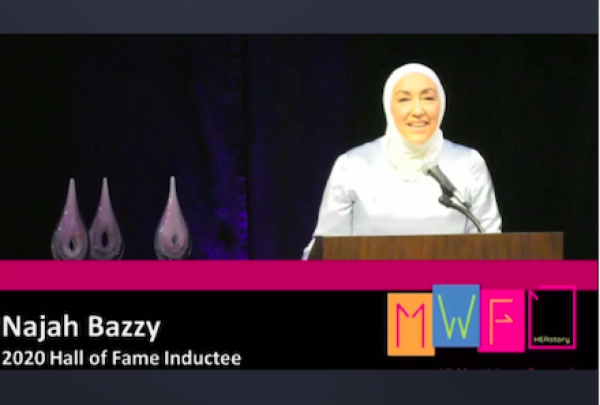