The article recognized the women as: “Making a positive impact in a sea of billions of voices is difficult enough in itself. The following six women have been doing it anyway by kicking down the doors that contained long-standing, outdated mentalities that have held Muslims — especially Muslim women — back for too long.”

Along with Bazzy, highlighted for Zaman’s humanitarian work to empower women to break the cycle of poverty, the list included:

Global Woman Magazine strives to inspire, connect, and empower women across the world. It aims to unite professional women regardless of age, culture or race and encourages them to stand in their power, invest in themselves, and grow their skills and abilities by learning and leadership development.

In highlighting Najah and Zaman’s work, the magazine wrote: “An internationally recognised healer, humanitarian and interfaith leader, Najah Bazzy is the founder of Zaman International, a nonprofit organisation advancing the lives of marginalised women and children by enabling them to meet essential needs and break the cycle of poverty. Providing a blend of urgent assistance and self-reliance, the community-driven approach empowers households through vocational training and proudly states that it has transitioned “from a hand-out to a hands-on model.”

Bazzy has previously been recognized as a 2019 CNN Hero, 2020 Michigan Women’s Hall of Fame honoree, a Detroit News 2020 Michiganian of the Year, and 2021 Crain’s Detroit Business 100 Most Influential Women. She and her family appeared in the PBS film “Muhammad: Legacy of a Prophet,” which was viewed by over 15 million people when it premiered in the U.S. and has been seen by hundreds of millions worldwide since. 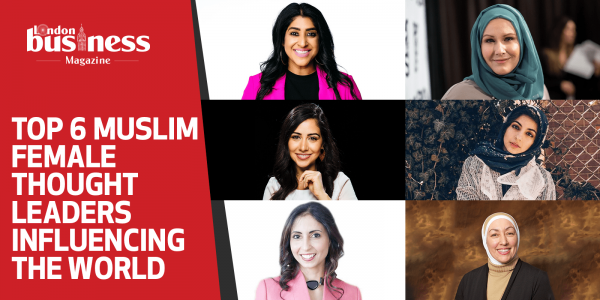