Israa Yousif’s long-time dream is to be a chef, something that felt out of reach not long ago.

As an Iraqi refugee, Israa could speak Arabic and Turkish, but still struggled with English after having spent her first decade in the country mostly at home raising her three children, who are now 20, 13, and 9 years old.

When COVID hit, she decided to pursue her passion through Zaman’s workforce development program BOOST, which also provides literacy support in addition to vocational training in the culinary arts and sewing.

Well on Her Way After Graduating from BOOST

Israa is closer to achieving that dream after graduating from BOOST’s culinary arts program  in the spring, and starting a yearlong apprenticeship as a certified cook at Zaman in June.

“She was very quiet at first, but I could tell she was curious and wanted to learn more. A few months into BOOST she became comfortable and her English really began to pick up,” said Zaman’s Chef Kim Marks-Ball, who oversees the apprenticeship and provided the culinary arts training when Israa enrolled at Zaman.

Earning Experience and Livable Wages at Hope For Humanity Center

As an apprentice, Israa is employed in Zaman’s culinary arts training kitchen, as she gains professional culinary experience while earning a livable wage at the organization’s Hope for Humanity Center in Inkster.

As part of a three-person team with some additional volunteers pitching in, Israa helped make over 4,500 lunches during the summer that were distributed to underserved people through local churches, community centers, and food pantries. She also recently cooked for over 100 people for a BOOST student recognition ceremony, about 80 more people than she had ever cooked for in Iraq.

“When you work, it’s a more fulfilling life,” said Israa.

It’s professional experience that puts her in position to pursue a career as a certified kitchen cook or chef, or to run an entrepreneurial venture out of her home as part of Michigan’s cottage food industry.

Building a Business Plan for What Comes Next

Using what she’s learned in BOOST’s entrepreneurship program, Israa is building a business plan for her next venture when the apprenticeship concludes. She is also teaching community education classes to children for Zaman, including roasted vegetable pizzas, as she promotes healthier eating to the next generation.

“It’s like a dream, there’s too much love here (at Zaman),” Israa said. 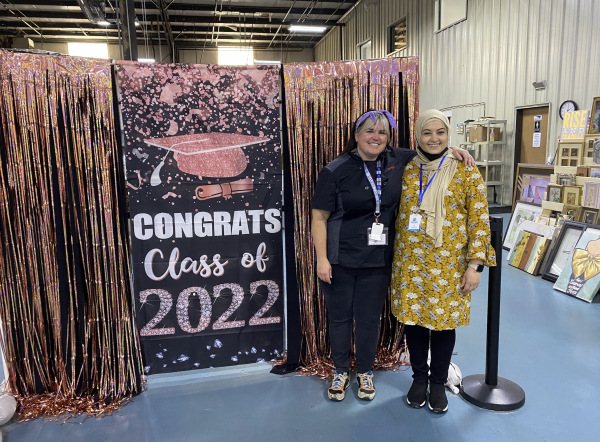