News / Find out what is going on with Zaman
Zaman helps U.S. government efforts to promote international exchange and education in Detroit

As a host to foreign delegations visiting Detroit, Zaman International is helping policymakers, professionals, community leaders, activists, and other change agents from around the world learn from the the city, its residents, and their use of the region’s vast resources.

Since 2013, Zaman has been a partner of the International Visitors Council of Metropolitan Detroit (IVC Detroit), a nonprofit organization that administers international exchange programs on behalf of the U.S. Department of State, the United States Agency for International Development (USAID), and other organizations with an interest in promoting international relations. During the past two years, Zaman has welcomed to its facility delegations from countries such as Pakistan, Indonesia, Malaysia, China, the Netherlands, Germany, and most recently Russia to explain its approach to crisis assistance, refugee resettlement efforts, gender equity, and culturally sensitive outreach. In its role as host, Zaman leads delegations on tours of its Hope for Humanity Center in Inkster, holds formal discussions around salient issues, and organizes trips to local sites of interest to the visitors.

“Zaman has a good relationship with the Metro Detroit community and is one of the organizations that is always very accommodating and willing to meet with our guests,” said Rasha Almulaiki, program director for IVC Detroit. “We especially look to them to host groups looking into humanitarian efforts, migrant assistance, underprivileged and marginalized populations, and volunteerism.”

Gail Zion, administrator for Zaman International, said gender equity has been a particular topic of discussion for some visitors in light of that fact that Zaman was founded and is headed by a woman, CEO Najah Bazzy.

“Several of the women we have hosted have spoken of the obstacles they face establishing [nongovernmental organizations] in their countries because of gender inequality, and say they felt empowered visiting a woman-led organization like Zaman,” said Zion. More recently, the Syrian refugee crisis has been a key topic of discussion because of Zaman’s efforts to offer resettlement aid and vocational training to Syrians arriving in Southeast Michigan.

“The Russian civil society leaders we hosted earlier this year were particularly interested in our intake process, our staff’s fluency in Arabic, and other cultural aspects of our organization that facilitate the process,” Zion said.

Founded in 1972, IVC Detroit belongs to a national network of organizations through its membership in the National Council for International Visitors, which is headquartered in Washington, DC.  Each year, said Almulaiki, IVC Detroit hosts 50 to 60 groups a year of roughly 350 international visitors seeking to learn about the region’s approach to everything from economic revitalization, water management, small business entrepreneurship, and emerging leaders.

“Detroit has an extraordinary potential for growth that is attracting people from around the world who want to learn about a people who are resilient and establish partnerships with them,” said Almulaiki. “Visitors to the United States are not just interested in sparkling cities like New York; they want to see how a city makes a comeback.”

Zaman International is a non-profit organization committed to addressing the basic needs and empowerment of marginalized women and children locally and internationally. Founded in 1996 and incorporated in 2004, Zaman has to date assisted more than 125,000 people in Southeast Michigan with food, clothing, furniture, utility assistance, infant burial, and other essential needs, while providing humanitarian relief, disaster response, and access to safe drinking water to an additional 600,000 across the world through international activities and partnerships. Since 2014, Zaman has operated out of the Hope For Humanity Center, a 40,500-square-foot facility in Inkster that houses its crisis assistance, vocational training and life skills programs. For more information, please visit www.zamaninternational.org. 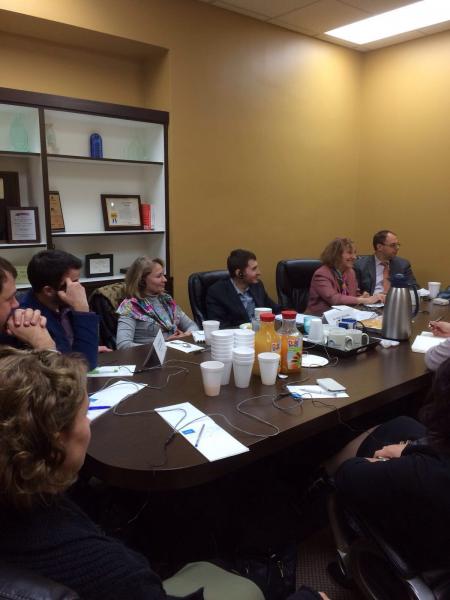