News / Find out what is going on with Zaman
Detroit Metro schools help Zaman give help, hope to residents

Students around Southeast Michigan have helped Zaman International provide food, water, clothing, and other household essentials to dozens of needy families this spring through school-based drives designed to educate as well as generate goods for donation.

The drives represent both new and existing partnerships that Zaman is forging with Detroit-area schools in order to teach youth about scarcity in their immediate communities. Drives were held at the following schools:

Crescent Academy in Canton: The school’s annual food drive for Zaman was hosted this March by two kindergarten classes, which together collected enough food to feed six families for one month.

Fordson High School in Dearborn: A longtime partner of Zaman, the Fordson National Honor Society in April held a drive to raise money and collect cleaning supplies and toiletries for area families.  In addition, the school’s chapter of the American Red Cross collected school supplies to distribute to local families in August.

Iris Becker Elementary School in Dearborn: Two families with urgent needs were adopted by students in March and April, who raised money to provide for their financial, clothing and transportation needs. Grades kindergarten through second adopted the family with younger children, while third, fourth, and fifth graders adopted the family with older kids. The drive generated $1,850 in donations.

Canton, Plymouth, and Salem High Schools in Canton: The Plymouth-Canton Educational Park Student Congress in January collected 120 cases of bottled water for the residents of Flint, which was driven by Zaman to the city’s St. Luke N.E.W. Life Center for distribution through its food pantry for high-need families.

“When we visit the schools and speak about hunger and want, the students are always eager to help us make a difference,” Boomer said. "These drives help sow the seeds of humanitarianism and charity in young hearts in ways we hope will have an impact when they become adults and can do even more for their communities.”

Boomer said the goods collected by the students will go a long way to helping Zaman meet the monthly needs of its clientele, which has grown by 25% in recent years. Zaman also got a boost recently by the generosity of Ford Mobile Food Pantries [https://media.ford.com/content/fordmedia/fna/us/en/news/2016/03/16/ford-fund-donates-100000-to-gleaners-to-buy-baby-formula-diapers.html], which delivered baby formula and diapers to Zaman and other area nonprofits for distribution to their clients.

Zaman International is a non-profit organization committed to addressing the basic needs and empowerment of marginalized women and children locally and internationally. Founded in 1996 and incorporated in 2004, Zaman has to date assisted more than 125,000 people in Southeast Michigan with food, clothing, furniture, utility assistance, infant burial, and other essential needs, while providing humanitarian relief, disaster response, and access to safe drinking water to an additional 600,000 across the world through international activities and partnerships. Since 2014, Zaman has operated out of the Hope For Humanity Center, a 40,500-square-foot facility in Inkster that houses its crisis assistance, vocational training and life skills programs. For more information, please visit www.zamaninternational.org. 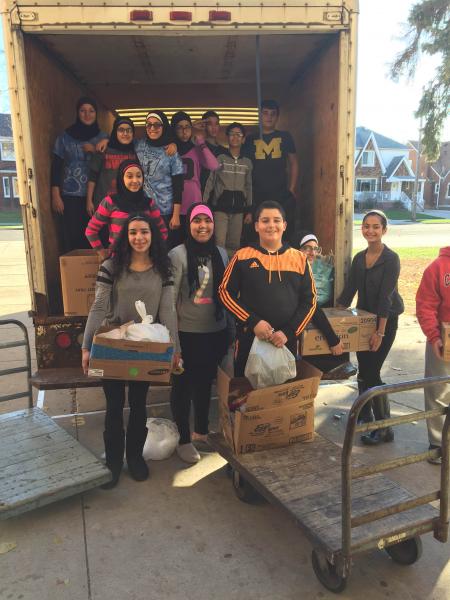