The $1,000 represents a portion of the proceeds from the gala’s tickets sales. According to Mohammed Turfe, vice president of the Wayne State Lebanese Student Association and one of the gala’s organizers, the undergraduate groups select a worthy cause to receive proceeds from the event each year.

The five Lebanese Student Associations operate under the auspices of the nonprofit Lebanese Collegiate Network and actively promote Lebanese culture through professional and academic formation as well as social activity and volunteer work. According to Turfe, Zaman was an obvious choice to receive their donation.

“Whenever we plan service work, Zaman is the first organization we think about,” said Turfe, who is studying sociology and public health. “Zaman helps everybody in need, regardless of race, religion or culture, and when you volunteer there you get to meet and connect with the beneficiaries of your work.”

Accepting the check for Zaman was Amanda Saab, director of the organization’s Bayt Al-Zahra urgent needs program, who spoke to gala attendees about Zaman’s mission and values. Zaman CEO and Founder NajahBazzy, who delivered the keynote address at the Third Annual Unified Gala, thanked the students on behalf of the women and children they are helping to feed, clothe, and train.

“These young men and women have given Zaman incredible support as volunteers, ambassadors, and donors,” Bazzy said. “They are a credit to their universities and a credit to their generation. We look forward to the many ways they will help all residents of Metro Detroit thrive in the years to come.” 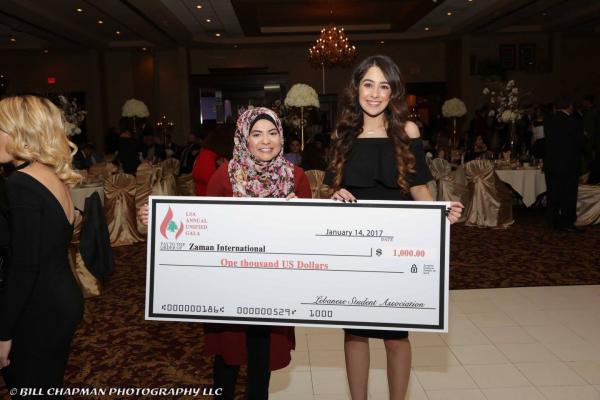