News / Find out what is going on with Zaman
Zamanâ€™s â€œChariTeaâ€ Motherâ€™s Day brunch brings in $80,000 for women and children

Zaman International’s annual Mother’s Day brunch, held May 6 at Crystal Gardens in Southgate, raised almost $80,000 for the organization. The gross proceeds – which were nearly 20% higher than the gross proceeds from last year’s brunch – included $26,000 raised during the three-hour event in response to an emergency appeal for help fixing widespread roof damage at the organization’s Hope For Humanity Center in Inkster.

More than 650 guests attended the ladies-only brunch, which was catered by Habib’s Cuisine in Dearborn and which featured a “marketplace” to shop for locally made products and a raffle for more than 90 themed baskets featuring everything from designer purses and cosmetic procedures to children’s games and home goods. Zaman attributed the fundraiser’s record-setting success to the generosity of attendees, event sponsors, marketplace vendors, and donors – who contributed raffle items worth a combined $16,830.

The brunch was supported by $7,000 from sponsors Dearborn Pediatric & Adolescent Medical Center, Drug Max Pharmacy, Michigan Cosmetic Surgery, and a donor giving in loving memory of Imad Fadlallah. It was also sponsored by Retea (www.getretea.com), a Detroit-based company owned by Ali Bazzi and Saad Saad that donates a portion of its sales to refugee education worldwide. Retea treated guests to a tea bar and a packet of tea at each place setting, a donation worth more than $4,000. An in-kind donation was also made by Jihan Jawad, who donated nearly $1,000 worth of hardbound journals so that guests could write words of encouragement to be read by students in Zaman’s jobs skills training program.

Vendors at the marketplace included Retea, candymaker Narang Desserts, bakeries Planet Bakery and Crème au Beurre Pâtisserie, and nonprofit Soap4Hope – all of who gave a portion or all of their proceeds back to Zaman for a combined donation of roughly $1,900. The marketplace also featured handmade items by students in Zaman’s Sewing Program, who made more than $300 in sales to support their families.

Najah Bazzy, Zaman Founder and CEO, said the event showed the power of women to come together in support of other women – regardless of their circumstances.

“The women we serve are no different than the women who help us serve them – particularly when it comes to the universal experiences of motherhood,” Bazzy said. “Mother’s Day is the perfect opportunity for women to come together in support of our common humanity and to celebrate and empower one another – no matter where we are in life.” 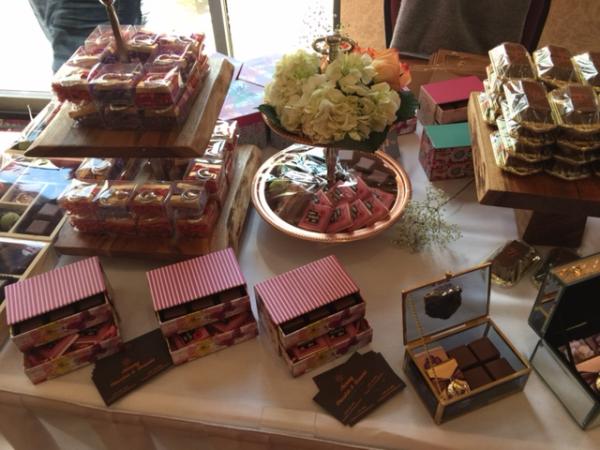